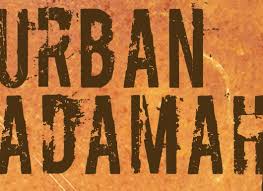 I was graced by Urban Adamah & Berkeley Acupuncture Project this sweet Hump Day.

Let’s begin with a bit of back-story.

I moved to the Bay Area in the summer of 2014 after a grueling, enlightening, and fun-as-hell road trip cross country with my girlfriends (aka sisters) from boarding school. After ‘semi-landing’ in Los Angeles for about a month, thanks to my best guy friend and his willingness to ask his house host to allow ANOTHER GUEST, the A/C in my car shit out, and living the Valley in the middle of summer sans A/C was a little too brutal to bear. #firstworldproblems

So I found myself in the Bay Area: jobless, houseless, planless. I had saved a bit of money from my previous job in Nashville, TN. I had worked at a wonderful retreat center and organization: Big East Fork Retreat, and made a few dollars here and there during my time in LA trimming ‘flowers’ before having had a bad edible experience, and rethinking my industry choice.

After a quick trip with a friend to Tahoe (shoutout to her fam business, aka the best disaster relief organization out there: SERVPRO), I landed my juicy butt (from the no A/C of course) in Berkeley. The Jeep was filled with only some of my belongings (the rest never to be seen again, having been left back in Nashville) and a head full of ‘who knows’. My first stop, and only stop planned was S’s sweet one-bedroom apartment overlooking the Bay. Welcomed by her open arms, donning a white V-neck T, and beer in hand, I felt instantly taken care of nurtured. She is in fact a badass lawyer. I hoped to learn from her, and her hospitality will always be thanked and remembered. Eternally.

She is the current girlfriend of my ex-boss (who I’m still close with), and her warmness and willingness and his understanding and support for me to be here lend well to the truth of their character, and the healthy development and success of their project: www.bigeastfork.com

S lived up the road from Urban Adamah, and had explained to me there was a place..in Berkeley..that gives free produce to those in need…serving the community in need. Hm, I wondered. In need. In need. Well, at this point in time, as my checking account dribbles to a near zero, and after having racked up careless credit card debt, I’d say I might be a little in need. Or just lazy? I question myself. Let’s go with need.

We were not wanting to be a minute late, because there is protocol for how these things work. Berkeley, is, in case you didn’t know, sunnier than Baywatch with no ozone layer, and my friend and I took the time spent at Urban Adamah to tan, chat, pretend to be lesbian.

I stumbled up to the sweet little farm on Parker Street, half asleep and exhausted. My friend had been visiting for a few weeks and not only did we have probably the best time of our entire lives, we also found ways to continue our rally with no sleep by pounding coffee and eating fresh produce till we were sick and happy. We showed up at 10:30 AM, which was just in time, and a sweet boisterous woman with hairy armpits and a keep things moving smoothly attitude greeted us with a number placard. We were assigned a number at random, and having arrived before a certain time we were guaranteed some of this FREE FOOD. FREE FOOD I tell you. #freefood

There were some cute guys with man buns and sweet smiles doing hand stands and catching our eyes, as my friend and I giggled and caught some rays while discussing our dalliances and screaming the word “come” probably one too many times for the little sweet Spanish-lady and her wire-farm cart to bear. Or maybe she was into it.

There was music playing, all different kinds and the whole event felt more like a positive community building activity than some pity-stricken hand-out charity. Just saying.

My friend, A, and I had numbers about 30 apart so we asked a woman to trade with us, so she could take the lower number and we could go together. “Oh perfect, you just made my day”, she explained. “We are going to be able to make our pedicures now, Thank You!” Hm. I thought to myself, you can afford a pedicure but not food? I nervously twitched my iPhone 5s in my hand and came back down to earth.  Our number was called.

We were given an entire (football sized) loaf of bread, eggs, bananas, cucumbers, carrots, rainbow chard, and bagels, and went along our merry way. Arm in arm, grateful for our gifts.